My reading companions and I made a New Year’s Resolution:  No more waiting around to do the WEM questions once a novel is finished.

The three of us lost Eustacia in the weir and married off Thomasin to the Reddleman before Christmas, but the questions somehow got put on the back-burner next to the wassail.  So when 2013 rang in, our journals were showing more than a proverbial clean slate.  Despite that, we mustered enough intellectual juice to work our way through them one snowy evening over Roasted Pear and Chocolate Scones in Jeannette’s immaculate living room.

After catching up, and exchanging some small tokens of our WEM progress and friendship we hit the books. We shared our retitling of the novel, something we all dread at every wrap-up session.  Part of our problem this time around was in deciding who possessed the role of main character.  In Hardy’s title the distinction goes to Clym, but none of us felt that was accurate.  In fact, all three of us named the major player in this work Egdon Heath.

When my friends flew by the chronicle/fable question with a quick answer to the former, I threw up a red flag, and they kindly listened to my crazy theory about the Reddleman being a fantastic element to this novel just as the call across the moors was to Jane Eyre, and the nocturnally burning A was to The Scarlet Letter.

The wants and obstacles in ROTN seem some of the most clear cut we’ve encountered.  Hardy uses sentences like “What Eustacia always wanted was . . .” and “Clym wanted three things, at best he could only have two.”  Never mind the fact that in the end he loses all three.  And do you know what stands in his way?  The heath.  After a while in our wrap-up session we sounded a lot like those Sunday School kids who pipe up with “Jesus” as the response to every inquiry.  So in order to branch out we added that miscommunication and a lack of forgiveness also mess up situations and cause undue angst.

Of all the novels we’ve read on our WEM journey our stop at the heath rivals only our trip across Melville’s seven seas in terms of importance of setting.  The heath is everything.  Egdon acts on people.  It suffocates Eustacia, makes Cymn its servant, bites Mrs. Yeobright, and pulls Wildeve under it’s tumultuous darkness.  Only Venn and Thomasin, those who are content and respectful of their home, find peace within it’s scrubby terrain.

Despite my lack of Classic Word of the Day posts no novel has given me a more papercuts than Hardy’s work.  I madly flipped from text to dictionary, from text to glossary, from text to footnotes, all the time astounded at his complex and yet simple style.  His narratives described the people and places with rich complicated metaphors and details, while the stretches of dialogue were so colloquial that pressing your finger on the kindle nearly always gave the same result, “no entry found.”

Our classy friend, Norma, told Christine that as she worked through the novel she imagined it as a black and white film with flashes of red.  We think she’s on to something.  The red of fire, Venn, blood, and even Eustacia’s ribbon blaze against the stark dark vs. light relief.  It’s quite an image.

Jeannette opened our eyes to see the theme of vision and lack there of.  Sure, Clym goes physically blind, but others also are impaired and unable to see the truth.  Mrs. Yeobright fails to see the desires of her son and the intentions of his bride.  Eustacia cannot see the danger that awaits by ignoring the knock of her mother-in-law.  And finally the lack of sight causes her to fall (or jump if you like) into her death.

The question that monopolized our discussion of the book’s beginning and ending (although Jeannette pulled through with another astute observation that the book began with singing for a wedding that didn’t happen, and ended with singing for a wedding that did) was this:  Should Hardy have written a Book Sixth?  We all know he didn’t want to, and that his Victorian audience pressured its composition after Book Fifth appeared in its serial installment.

About this we all resolutely agree:  No Book Sixth.  It’s as bad as an epilogue, and we all know how Christine feels about epilogues. (In case you don’t:  she doesn’t like them.  Not a bit.)  We think that the end of Book Fifth is more in keeping argument of the novel.

So what is the argument of the novel?  Well, provided my internet keeps working correctly you can tune in tomorrow for the Rhetoric portion of The Return of the Native wrap-up session.

P.S.  Bonus points if you can correctly identify the novels depicted in the beautiful WEM ornaments made by Christine.

Posted by Christina Joy on January 17, 2013 in The Return of the Native

The Building of a Dam by Julien Alden Weir
A painting of a weir by Weir, that’s awesome, right?

So what do you think?  Did Eustacia take the plunge on purpose or not?

Posted by Christina Joy on January 12, 2013 in The Return of the Native

Pilgrims on the Heath

In this chapter Christian Cantle reminds me of another Christian we’ve met: Christian from Pilgrim’s Progress.  Here we have C.C. with the Yeobright money in his boots.  He’s off  to deliver the inheritance.  Instead he’s tempted to visit Vanity Fair, I mean, to go to a raffle and then to a very serious gambling session in the woods.  You saw trouble coming, didn’t you.  Just like me, you knew that this Christian’s burden was going to fall off way too soon.  Those coins were never going to make it to Mistover Knapp.  Thankfully, the Reddleman was there to save the day.  From now on I’ll just call Venn, Greatheart.

Posted by Christine on January 8, 2013 in The Return of the Native

Congratulations!  We’ve all made it beyond the first chapter of The Return of the Native!  That’s no small feat, my friends.  Once I finished that wordy setting I took all of Hardy’s lavish descriptions of the heath and did what every self-respecting reader of the 21st century would do:  I Googled it.

But what exactly is a heath?  What does it look like?  Well, first let’s establish what it is not in Thomas Hardy’s world.

Despite Google Images best intentions, it is not this guy: 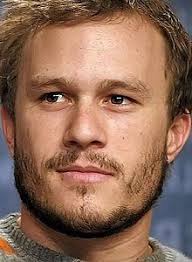 That was just his first name.

And gladly the search engine didn’t pull up a picture of my college boyfriend (and neither will I) but Heath was just his last name, and gladly that whole thing ended before it could become mine as well.  He wasn’t the subject of this relationship drama.

Nor is Thomas Hardy talking about this street that you might stumble upon if you’re making your way to our house.

Although, I’m not above mentioning that there’s a heath in our neighborhood.

And to my great disappointment, Thomas is not lacing his novel with this chocolate toffee delight.

So, is this what he’s trying to describe for an entire chapter?

Nope!  Gotcha!  This is actually a picture of the landscape in northern Nebraska.  You see, when I started looking at images of heaths online many of them reminded me of my homeland, where the sandhills become scrubby with cedars, and the rough, yet sandy terrain buckles against cultivation.  It is sparsely populated and no friend to strangers.  Yet the locals know it’s crevices, dunes, bushes and shadows far better than any image on Google Earth.

So part of me feels at home upon Hardy’s Egdon, but at the same time, very cognizant that I am just an observer here, the sandhills are my home.

Posted by Christina Joy on December 15, 2012 in The Return of the Native

Have you met, Thomasin?

The Return of the Native –Book First, chapter V

Thomasin did not make a good first impression on me.  Oh, sure.  There was the whole sleeping in the back of the reddleman’s wagon because her wedding fell through, but what really got under my skin was her conversation with her intended.

“Here am I asking you to marry me, when by rights you ought to be on your knees imploring me, your cruel mistress, not to refuse you, and saying it would break your heart if I did.  I used to think it would be pretty and sweet like that; but how different!”
{Damon Wildeve}  “Yes, real life is never at all like that.”
{Thomasin}  “But I don’t care personally if it never takes place,” she added with a little dignity; “no, I can live without you.  It is aunt I think of.  She is so proud, and thinks so much of her family respectability….

Okay, so Wildeve isn’t my favorite character either.  There’s something shading going on with getting the wrong wedding license and letting one’s fiancé run off, but Thomasin’s a little too Emma Bovary-ish for me here.  Is Tamsie marrying Wildeve just for the sake of marrying someone?  We’ve seen that happen before in WEM classics and the ending is never good.  Sometimes the beginning, middle and ending are pretty crummy.

Save your receipts, folks.  We might need to return some wedding gifts.

Posted by Christine on December 11, 2012 in The Return of the Native

So, Hardy is a “naturalist writer”.  Did you know this?
Did you guess based on chapter 1 of The Return of the Native?
Wow, he wrote a whole chapter just about the setting.

Here’s what SWB had to say about naturalist writers in our handbook The Well-Educated Mind:

Naturalist writers were convinced that they could write “purely scientific” novels.  The individual, the subject of all novelization since Don Quixote, was no longer free.  The “self” was only the product of inherited traits plus environmental influence.  Naturalist writers–most notably Thomas Hardy–gave their characters certain genetic characteristics, plopped them down into a sheer hell of environmental factors, and then described the resulting behavior.  The naturalist’s job (in his or her own eyes, at any rate) was jut like the scientist’s: Put the rat in the maze, watch what it does, and record the outcome without elaboration.
(WEM p. 64)

Posted by Christine on December 2, 2012 in The Return of the Native

The Return of the Native chapter 1

“The untameable, Ishmaelitish thing that Egdon now was it always had been.”

Ishmaelitish?
Like Ishmael?
As in “Call me Ishmael” from Moby-Dick?

Way back when, we found the word quixotic in Oliver Twist and learned that Dickens was a fan of Cervantes.

I wonder if Hardy was a fan of Melville.

Today the word Ishmaelite can mean a descendent of Ishmael or it can mean someone who is a wanderer or cast out.

I get Melville’s name choice for his character, but how can Hardy call a place Ishmaelitish?
Is Egdon Heath a rejected place?  Does it refer to the untamed wilderness?  Is it a cast off?

Ishmaelitish.  Try to work that one into daily conversation.

Posted by Christine on December 1, 2012 in Moby-Dick, The Return of the Native